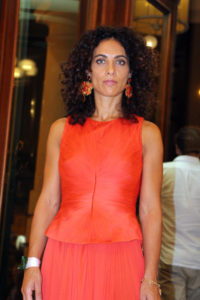 The Law Firm Statella is coordinated by the lawyer Giusy Statella.
She graduated from the State University of Milan in 2005 with a thesis about European Antistrust, she started working at the NCTM Law Firm in Milan, treating disputes in Civil Law, Commercial, Bankruptcy and Employment Law. Dealing even with Commercial Corporate Contracts.

Later she collaborated with the Annunziata & Associates Law Firm, where, in addition to deepening the previous experience, she was also involved in the follow corporate clients in corporate compliance.

In 2012 she began working on her own, starting with providing legal advice to two international e-commerce companies. 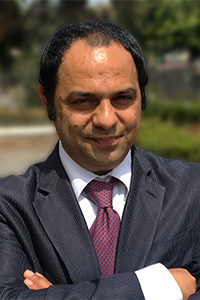 The lawyer Filippo Brianni is registered in the Register of Lawyers of Messina.
The main areas of specialization concern the legal and regulatory consultancy in the field of corporate criminal law, against the person and the heritage, juveniles.
He deals with legal issues related to the protection of cultural and environmental heritage, assistance for immigrants and immigrants.

The lawyer Brianni is also a journalist since 1995, has collaborated with the newspaper “La Sicilia” and collaborates with various magazines and websites.
He is President of the district office Jonica Messina of Archeoclub and is a member of the Observatory of Cultural Heritage of the Municipalities of the Joniche Valleys of the Peloritani, of which he was president from 2009 to 2013.

He is the author of the collection of stories “In the shadow of a rock flower”, published by L’Erudita – Giulio Perrone Group, for which he received numerous awards, including the Proserpine Prizes of the Italian Community Association in the world in Aidone and CineMigrare International Festival in Taormina.

The Staff on-demand, a point of strength

The Law Firm Statella employs a network of dozens of experienced professionals in different areas of the law (national and European), allowing the firm to provide high quality legal support with low structure costs to cover the needs of customers of any dimension (eg: private or big companies).

This website uses cookies to improve your experience while you navigate through the website. Out of these, the cookies that are categorized as necessary are stored on your browser as they are essential for the working of basic functionalities of the website. We also use third-party cookies that help us analyze and understand how you use this website. These cookies will be stored in your browser only with your consent. You also have the option to opt-out of these cookies. But opting out of some of these cookies may affect your browsing experience.
Necessary Sempre abilitato

Any cookies that may not be particularly necessary for the website to function and is used specifically to collect user personal data via analytics, ads, other embedded contents are termed as non-necessary cookies. It is mandatory to procure user consent prior to running these cookies on your website.