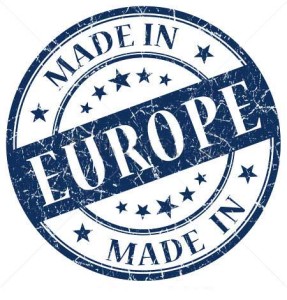 December 4th, the European ministers will meet in Brussels in order to rule on a very sensitive issue, which is the legislative package for the protection of European consumers from fake and harmful products, after the plebiscite vote of the European Parliament last April 15 (485 votes in favor, 130 against and 27 abstentions), and the Commission’s proposal. The label “Made in”, according to Article. 7 of the text adopted, will have to be compulsorily used for all consumer products sold in the Europe, excluding food and medicines.

In order to label a product “Made in”, you should refer to the rules laid down in the EU Customs Code – Regulation (EU) no. 952/2013, establishing the Customs Code of the Union, reflecting the content of the Regulation (EEC) n. 2913/92 established the Community Customs Code. Article 60, paragraph 1, of the Code of the Customs Union, provides that the first criterion for determining the “Made in” is the “criterion of goods wholly obtained” and is applicable to those products for which the process has taken place in a single country. The second criterion, defined in paragraph 2 of this article just mentioned, is the “criterion of the last substantial processing or working” and applies to those goods whose production has contributed two or more countries.
With reference to the second criterion, please note that the European Court of Justice, in its ruling of January 26, 1977 made in case no. 49/76, stated that ‘the substantiality of the transformation should outweigh the fact that it represents the last operation on the product. “In particular, the Court stated that their last transaction is “only if the resulting product has the composition and properties that did not possess before being subjected to such processing or working.” In other words, if the last action is dictated by a mere necessity to change the presentation of the goods, what can not attribute the origin of the country where such a change has occurred.
Therefore, the protection of the manufacturing quality is an issue that can no longer be postponed, if one considers the fact that, according to processing of the WTO, the turnover of counterfeit products and piracy is 10% of world trade for a value of $ 450 billion, while the most conservative estimate of the European Commission and the World Customs Organization attributes the phenomenon a weight equal to 7% of the goods traded in the world for a value between 200 and 300 billion euro. Italy is among the countries most affected: according to the Guardia di Finanza counterfeit products in our country generate a turnover of between 4 and 7 billion.

The label indicating the country of origin of the product would therefore improve the traceability of goods and to strengthen consumer protection, in order to prevent, or limit, unfair business practices, controlling the entire supply chain.

Knowing the country where a product was manufactured is, in fact, an essential element to understand “the sustainability in terms of social, environmental, manufacturing as well as its quality and safety.” Many countries, such as USA, Canada, Japan and China for many years already apply more stringent rules of origin mandatory for all goods, including those produced in Europe, imported to these countries.

It is hoped, therefore, that structural reforms and clear rules will soon be adopted in order to win the game of global competition, combat counterfeiting, to ensure transparency to consumers and enhance real quality production. And this is a bet even more important for small and medium Italian businesses.