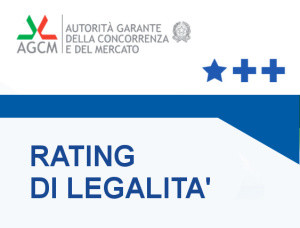 With a press release a few days ago, the Competition Authority announced that in 2015 dramatically increased the demands for awarding the “Rating of legality” by Italian companies. From 2014 to 2015 they requests tripled, rising to 441 in 1514: exactly 243% more than last year.
Notably, in 2014 they were 183 attributes rating, over the past year instead awards the honest businesses have been well 1,083. One thing that this bodes well
The Rating of legality is the instrument, introduced in 2012 for companies with which it is entrusted with the task of AGCM attribute a score – measured in little stars – companies that have requested and that have characterized the management of its business in compliance with the law.
This tool “rewarding” is therefore aimed at the promotion and introduction of principles of ethical conduct in business. Rating allocation of sorting fact linked benefits in the granting of public funding and easier access to bank credit.
The Rating of law, governed by resolution AGCM 14 November 2012, n. 24075, effective for two years after issue and is renewable upon request.
They may require the assignment of the Rating companies operating in Italy that meet certain legal requirements, namely:
a) they have reached a minimum sales volume of two million euro in the year ended the year prior to application;
b) they are registered in the register of companies for at least two years;
c) not have been convicted, in the previous two years, for illegal anti-trust;
d) to carry out payments and financial transactions over a thousand Euros only with traceable instruments.
Interested companies must submit an application, via computer, using the application form available on the website www.agcm.it/rating-di-legalita.html and following the instructions therein.
For more information: inter-ministerial decree of 20 February 2014 n. 57 – Rating of legality