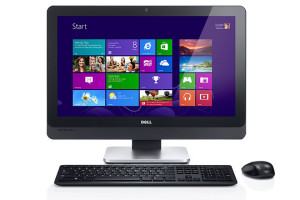 Between sale and license to use, there is no negotiating connection.

With sentence no. 19161/2014, the Italian Supreme Court intervened on trade policy relating to the bundling of hardware and software, emphasizing the buyer’s freedom to choose which programs to install on your computer without being constrained or burdened by costs imposed by the manufacturer, sanctioning so the principle of non-correlation between the hardware and operating systems as well as packaged applications, such as Office.

In particular, the Italian Court of Cassation, addressing the matter brought before the Court of Florence by the Consumers ADUC on behalf of a buyer of a laptop distributed by Hewlett-Packard Italian Srl (more commonly known as HP), which had been denied the compensation for the cost of the Windows operating system (€ 140.00), it held that: “The purchase of the computer does not imply an obligation to accept the operating system.”

Therefore, “those who buy a computer with pre-installed software shall have the right, if they do not agree to the terms of the license to use the software offered to him at first start the computer, to hold the latter returning the only software covered by the not accepted license, due to the repayment of part of the price attributable to it specifically. ”

This is because, in the opinion of the Supreme Court, the combination of hardware and purchase the license to use the software intended by HP can not rise to a real negotiating connection, as part of an agreement between the manufacturer and Microsoft, according to which the buyer is unaware of.

Indeed, the question, though it is of little economic impact (the HP was ordered to return to the consumer only 140,00 Euro), however, is significant from the point of view of civil law and the interpretation of the will of the parties involved: for no one can be forced to pay what will not.

The judgment is available HERE.