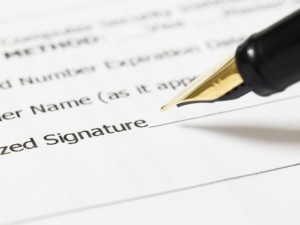 The Italian Privacy Guarantor, in its opinion of November 6, 2014 n. 3515450, has given the green light to the model of Single Substitute Declaration (DSU), which is necessary to calculate the new ISEE, which is the indicator of the economic situation of those seeking social benefits reduced.

The draft resolution of the Ministry of Labour and Social Policy on which the Guarantor has given its favorable opinion has incorporated all the insights and information offered by the Office of the Ombudsman, in order to strengthen the protections for citizens, and to make it compliant regulations regarding the protection of personal data.

The Authority had requested, in fact, the citizens were informed in a clear and detailed use of their data, the purposes for which they may be concerned, and the retention times and to whom it may be communicated.

This information was reported in the early part of the DUS, needed to calculate the ISEE for access to benefits such as reduced discounts on childcare fees, grants assistance, school meals, the university grants and all social and health benefits.

As regards the method of withdrawal, it was stated that citizens may delegate Caf or entities to receive the benefit, for the sole purpose of issuing the ISEE and other information used to calculate the INPS.

The citizen, who intends to take advantage of social benefits reduced, therefore, has the DUS directly to the providing the benefit, or the municipalities, the Caf or regional offices of INPS (who will transmit the data to the information system managed by ‘INPS), indicating all the information about your family (including the income and assets). The Institute, after accounting for the ISEE on the basis of information provided by the citizen on the model DSU and other information be found in the archives of the Institute of Security and Revenue Agency, make it available to the applicant, including through ‘access to the web portal or via Pec, by the tenth day following the provision of the DSU.

It should be noted that the statements DSU approved by the Ministry of Labour are two: the Mini and the DSU DSU Ordinary.

The choice between the two statements depends on the kind of performance required by the city or some characteristics of the household. In particular, the DSU Mini (“mini” You will need to fill out the first part of the model and the paper component) can not be used to claim for benefits for the right to study at university, when in family there are people with disabilities, if there are children born of parents united in marriage or cohabiting, dispense with the tax return or suspension of tax compliance.

As the DSU also the ISEE will no longer be unique in that it will be possible to calculate a standard ISEE, a university ISEE ISEE social and health etc.

The new models ISEE should be used as of January 2015. However, it remains to be seen whether, by that date, it will be approved technical regulations containing security measures for the operation of the information system, as is required by the Privacy.

The Opinion is available HERE.