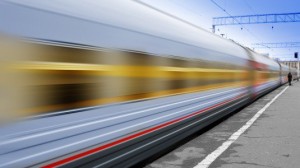 By decision of 12 November 2014 (available HERE) the Italian Competition Authority has imposed an administrative penalty of one million euros to Trenitalia SpA for “unfair trade practices”.

The Authority, on the recommendation of several consumer associations and many citizens, has verified the complex conduct engaged in by Trenitalia SpA about the system of investigation and prosecution of “irregularities travel” in passenger rail transport of medium and long distance, mainly because of the generalized inclusion in the category “lack of ticket” also the case where the passenger, without being physically without the ticket, had a ticket only partially fit for the undertaken journey.

The Authority has assessed as “punitive” this procedure of  Trenitalia SpA, because it requires the offender – in addition to the payment of the money due for the current trip – even a “surcharge” (50 to 200 EUR) and a further sum as a “oblation”. According to of the Antitrust, therefore, “the current control system of tickets not only aims to crack down on abuses, but is instrumental to the rigidity of the tariff system” and, therefore, is contrary to Articles. 20, 24 and 25 of the Italian Consumer Code, “as it is liable to mislead the consumer as to the nature of the penalties applied and the title under which it requires payment, dressing having public a regularization procedure of passenger is governed by the CGT. ”

In another case opened by the Authority always against Trenitalia SpA, that formally undertook to reduce the time of the compensation paid to passengers by March 2015.

The main changes concern the fact that passengers may submit a request for reimbursement for delays within three (3) days of arrival at destination (instead of the current 20) and the right to compensation will trip if the delay exceeds 30 minutes of a schedule, in place of the threshold of an hour at present in force.

In addition, a bonus will be paid to the passenger (non-cash) of 25% of the ticket price on the services of national medium and long distance, to be served in subsequent trips. For the main stations (Rome, Milan, Bologna, Florence and Turin), there is an additional margin of three minutes on the possible delay.

The right to compensation, based on the agreements between the Authority and Trenitalia SpA will be extended to tickets covering two or more sections, consisting of a regional service and a national medium and long distance.

Finally, from March 1, 2015, instead of the ticket to more routes will be introduced the so-called “mixed global IMPEGNI Trenitalia S.p.A. Provvedimento n. Antitrust vs Trenitaliaticket”, in order to ensure the passenger is the bonus refund the entire amount paid is the continuation of the journey in the event of delay due to missed connection.

The Commitments by Trenitalia S.p.A. can be viewed HERE.