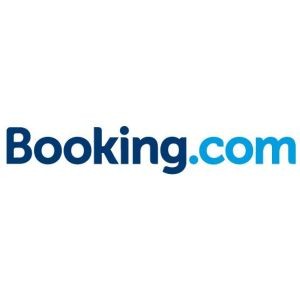 A press release from the European Commission states that the they are coordinating investigations already undertaken in recent months by the national Antitrust of Italy, France and Sweden against Booking.com; The website dedicated to online reservations and belonging to a company registered in the Netherlands but controlled by US giant Priceline (public company listed on the Nasdaq of NY).

The investigation of the three national authorities aims to verify if the so-called “equality clause”, present in the contracts signed by Booking.com with the hotel, which would impose hoteliers not to offer, other distribution channels on line and off line, the rooms at lower rates and more favorable than those proposed on Booking.com, may have anti-competitive in violation of anti-trust European and national.

According to the Italian, French and Swedish guarantors , in fact, that equality clause may harm competition, as it violates the respective national rules and the art. 101 and / or the art. 102 of the Treaty on the Functioning of the European Union (TFEU). In particular, the three Authorities believe that this may limit competition between Booking.com and other online travel agencies and that could prevent the market entry of new booking platforms.

In order to meet the demands of the National Authority to further liberalize the tourism offer of accommodation in view of increased competition on the lever of the price and in an attempt to dispel any fear, Booking.com is committed to change “equality clauses”,” so that it is applicable only to the prices and other conditions publicly offered by the hotel through its own direct sales channels, both online and offline, and not on the prices offered on other online travel agencies (Ota). The company will also allow all partner hotels to discount rates offered on its platform to customers who belong to closed user groups. ”

The commitments made by Booking.com are available HERE. Any comments must be received in writing by January 31, 2015, and the assessment procedure will be completed within the next 1 April 2015.

If the proposed agreement was accepted by Booking.com, the agreement would apply to all 28 EU countries. However, also the guarantors of Germany, Ireland, Austria and the United Kingdom are also considering whether to open an investigation against the company.

It notes that the online booking agencies receive a commission from the hotels that ranges between 10 and 30% of the price of a room. According to the French Autorité de la Concurrence, about 70% of hotel rooms in Europe is booked through these portals and the same French authorities warned it could still impose sanctions if it were to consider the proposal of Booking.com inadequate to ensure free competition.