PUBLISH A YOUTUBE VIDEO ON YOUR SITE DOES NOT CONSTITUTE AN INFRINGEMENT OF COPYRIGHT. 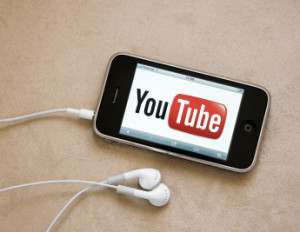 On October 21st, 2014, the Court of Justice of the European Union ruled that the embedding, or the practice of publishing a video of the property of others on your site or blog or web page without permission, but through its own code, not constitute a breach of the crime of copyright.

The decision of the Court has been given in the case brought in Germany by BestWater, a company that makes water filters, against two officers of a competitor alleged to have incorporated into their web pages, without prior authorization, a video commercial the BestWater had posted on YouTube.

According to the judges in Luxembourg, in fact, the spread of a video others already published, because the owner has made it accessible from another site in itself is not a new or different communication to the public within the meaning of EU Directive 2001/29 / EC on copyright, to the extent that is not altered. This is because the author, in making public the contents, he decided to release it and then make it available to anyone.

Copyright, then, according to the European Court, it is no longer an obstacle to those who use the web to share and link to other content.

In fact, in the past, in the case Svensson, the same Court of Justice considered that place a link on its website, which contained references a page on another site, it is not illegal, as long as the site of “destination” is open to general traffic that is not restricted by passwords or access codes.

Indeed, all the times that the site “linked” is the site where you will find the content “original” is freely accessible, sharing is legal.

The full text of the decision of the Court of Justice is not available on the official website of the EU court, but on the German site TorrentFreak.com, specializing in the field of copyright and online piracy, which received a copy of the text directly from the defense lawyers .

It should be noted that the decision of the judges in Luxembourg, is in contrast to the orientation Community until now the majority, that equates the practice of incorporation of video to unauthorized publications.

This website uses cookies to improve your experience while you navigate through the website. Out of these, the cookies that are categorized as necessary are stored on your browser as they are essential for the working of basic functionalities of the website. We also use third-party cookies that help us analyze and understand how you use this website. These cookies will be stored in your browser only with your consent. You also have the option to opt-out of these cookies. But opting out of some of these cookies may affect your browsing experience.
Necessary Sempre abilitato

Any cookies that may not be particularly necessary for the website to function and is used specifically to collect user personal data via analytics, ads, other embedded contents are termed as non-necessary cookies. It is mandatory to procure user consent prior to running these cookies on your website.